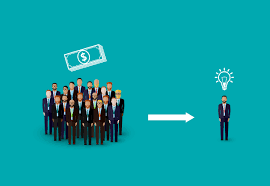 Crowdfunding really took off in 2001 when a company called ArtistShare started doing business. They offered regular people an opportunity to raise donations for special needs or causes. In 2012, there were over 450 crowdfunding websites. Today, there are an estimated 1490 crowdfunding platforms.

Some experts estimate that the various crowdfunding platforms have raised over $3 billion dollars in the past 20 years. This illustrates several valid and important points that entrepreneurs should consider:

The internet’s massive influence in our everyday lives

“Crowdfunding is a simple concept” says Javier Loya  CEO of OTC Global Holdings. An individual or group has a great idea, but they don’t have the money to get the idea off the ground. They need money. So, they post their profile and idea online at one of the websites. They offer investors small perks for investing. Hopefully, they spark some excitement about the idea. This gets other people talking and wanting to help.

The one stipulation is that you must spend the money on whatever you have stated in your pitch. For instance, you can’t state that you need funds to invent a new light bulb and then spend the money on a vacation. One successful ad stated that the person needed money to make their delicious recipe for potato salad. They did raise $75,000 but there’s only so many ingredients required for potato salad.

Javier Loya of OTC Global Holdings understands the complex world of crowdfunding and entrepreneurs. Here is his latest YouTube video. He comments here:

“Crowdfunding has been around for a while now and it’s a solid way for entrepreneurs to get the money they need to move forward with their great idea.”